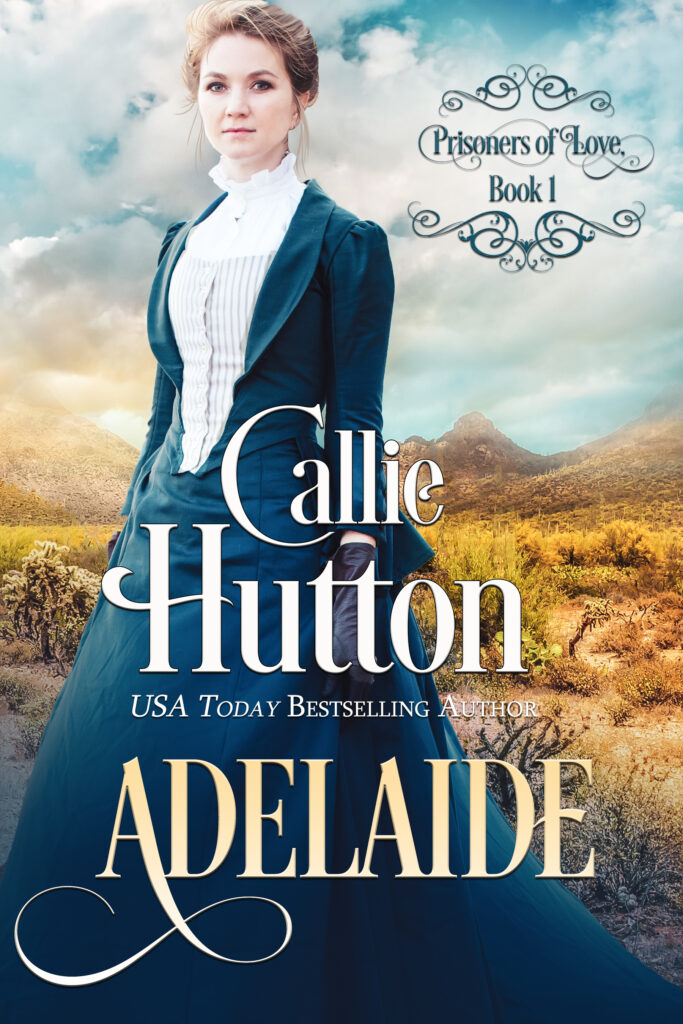 Amazon KindleAudible
Part of the Prisoners of Love series:

She's convinced marriage only brings pain. But she has no choice.

Dodge City, Kansas, 1877. Adelaide Markham is one of four female prisoners sitting in Dodge City Jail. The sheriff offers them a choice. Either sit in jail until the circuit judge sobers up enough to hear their cases, or get on the wagon train traveling to Santa Fe as mail order brides. A recent widow who just lost her child, Adelaide prefers marriage to jail, but wants no part of motherhood. The pain is too great.

Miles Ryan has been threatened by the wagon train master that he and his two recalcitrant daughters will be left behind at Fort Dodge if he doesn’t find a wife to control the girls. Miles takes one look at Adelaide and decides she’s for him. Unfortunately, it’s not until the deed is done that she learns she is a mother once again.

What a cute book. I enjoyed the characters very much and I always like to do my own research, so I looked up the route on the Santa Fe trail. I have take that route from Missouri to Santa Fe & beyond in a vehicle. It’s amazing how many settlers traveled that fair. Anyway, thank you for a great story.

I wouldn't want to be a mail order bride. Unless my husband was like Miles. What a hunk! I would have loved more pranks from the demon sisters.

Another gorgeous story with beautiful characters by Callie Hutton. This story had me in tears at Adelaide’s grief, and her new found husband is absolutely loveable. The ending was great. Definitely recommend.