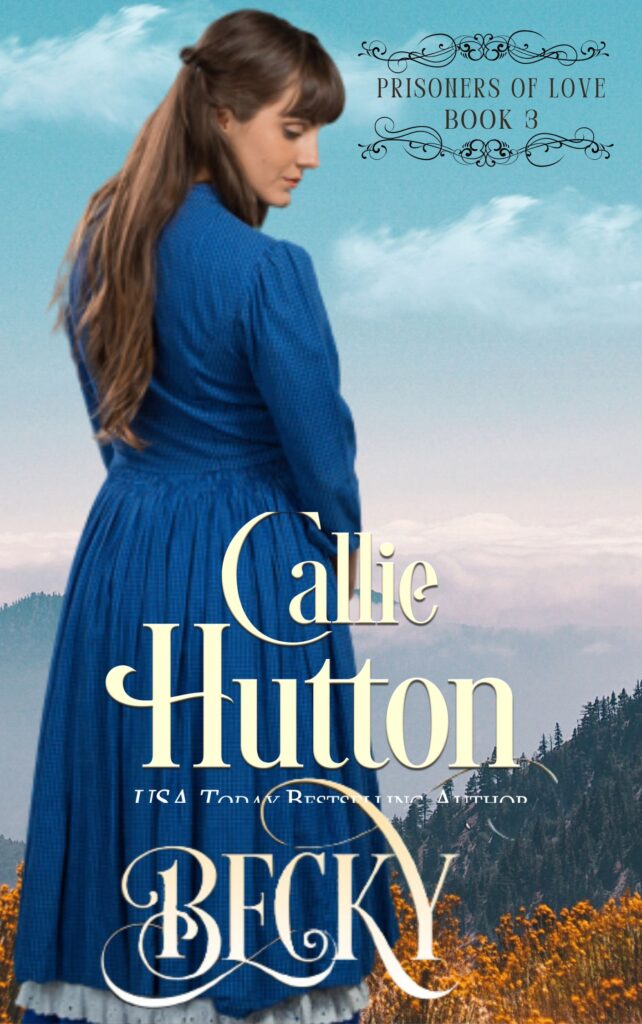 Life has never been kind to her...so why can't she have the man she knows loves her?

Becky Davidson has been on her own since she was thirteen years old. The last three years she has been travelling the country with Dr. Snodgrass who sells elixir for all sorts of medical problems. They are generally run out of town by the third or fourth day. Their last stop was Dodge City, and this time Dr. Snodgrass took all the money and ran. But left Becky behind.

In jail for running a scam, Becky agrees to travel as a mail order bride with three other female prisoners, and Miss Nellie, a former brothel owner who is chaperoning them, on a wagon train to Santa Fe. Before they leave, Becky is befriended by Mace Jensen, the Santa Fe County sheriff who is escorting three recently captured outlaws to Santa Fe. Once they arrive at their destination, friendship grows between Becky and Mace, as she works with him in the jailhouse and dodges every man Miss Nellie presents to her as a potential husband.

Sheriff Jensen is the man she wants, but he feels they would scandalize the town should they marry. He is a black man, and she a white woman. Can love overcome the problems the sheriff sees for them, or should he be sensible and let the woman he loves marry another man?

I liked Becky and Mace. She brings the innocence of love to the story, and Mace brings humor when dealing with his prisoners and man of good morals and intentions when it comes to Becky. I rooted for these two throughout the story to find a HEA.

I enjoyed the story of Mace and Becky. I think this is the first book that I have read where an African-American man was the sheriff. Loved that Becky only saw love she didn't see color. Took Mace a while longer to get there. Very good story,.

It's amazing that each book of this series is unique. No cookie cutter romances for this author. I held my breath at one point, sure that there would be no HEA for the main characters. Yet, the resolution was very satisfying.