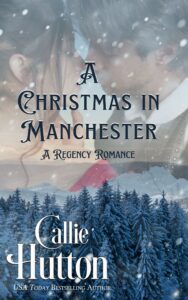 “If you continue to plod along at this pace, Peony, we’re never going to reach home.” Evelyn Allen, known as Eve to family and friends, snapped the reins on the ancient horse pulling the family wagon along the road from the outskirts of the village to her home.

It had been a long day of gathering extra crops from the farms in the county to be delivered to the poor families in the village. Far too many villagers did not have enough food or clothes for their children. It was Eve’s job once a month to gather whatever the farmers could spare, and bring it to her papa’s church to be distributed to the needy, along with any unwanted clothing she managed to collect.

Mama held a sewing circle every week when the ladies sewed new blankets and knitted baby clothes. Evelyn loved the look of gratitude on the young mothers’ faces when they were handed the warm blankets and knitted booties and caps for their little ones. Most of them had hard working husbands, but with so many children, it was difficult to make ends meet.

Her shoulders ached from hours of holding the reins, and her growling stomach reminded her it was well past dinner time. She only had about another four miles to go, but with Peony plodding along, as she was wont to do near the end of the day, Eve might be forced to push the animal home.

The horse came to an abrupt stop and nickered, tossing her head. “What?” Evelyn rose to peer over the animal’s head to see a man, smack in the middle of the path, on his knees, waving his arm.

“Oh, heavens.” She tied the reins around the dash and climbed down. The man grasped his shoulder and panted heavily as she approached him. Briefly, she considered that perhaps she should have brought her pistol from underneath the wagon seat, since highwaymen had been known to prowl the area. This man could very well be a decoy of sorts. “Are you well, my lord?”

He’d been shot? It was then she noticed the blood oozing between his fingers where he had them plastered against his dark jacket. “Robbed, and shot.” He barely got the words out.

She’d never seen him before, but given his clothing and demeanor, he was most likely nobility. Her favorite type of people to dislike. Even kneeling in the dirt, bleeding, he had an air about him that smacked of privilege. However, her Christian sense of duty to her fellow man pushed that to the back of her mind.

“Can you stand, my lord? I can help you into my wagon and bring you home. Mama is good with healing, and I am no more than four miles from my house.”

Sweat beading his forehead, he grimaced and gave her a curt nod. She reached under his arm on the good side and helped him to his feet. It was auspicious that he had the ability to rise, because given his size and muscular form, she never could have lifted him. He slung his arm around her shoulders, and leaned heavily as they made their way back to the wagon.

“Did you hurt your leg, also?” He limped as they moved toward the vehicle.

It took some maneuvering, but with as much help as she could provide, he settled into the back of the wagon, along with all the vegetables. Despite those ignominious accommodations, it had been easier to position him there, then to attempt hauling him all the way up onto the driving seat. She began a slight apology, but he waved her away, wincing with every move. “Please don’t concern yourself. I am grateful to be out of the road.”

With renewed purpose to reach home, Eve snapped the reins, and egged the animal on, hoping his wound was not serious enough to cause the man to expire right there in her wagon. By the time they reached the cottage, he had passed out. Eve hurried into the tidy house that had been home to her family since before she’d been born.

“Mama, Papa. I need your help.” She dashed through the back door, past the kitchen, taking a moment to sniff whatever it was Mama had cooked for dinner, newly aware of how hungry she was.

Darting down the corridor, she checked each room, until Mama met her at the bottom of the stairs and Papa stepped out of his study, his spectacles low on his nose. “Whatever is the problem, daughter?”

“There is a gentleman in my wagon.” She stopped to take in air. “He has been shot. I found him on the road home.”

All three quickly made their way out the back door to the wagon. “Is he dead?” Mother sucked in a breath and held her hand to her chest as she viewed the man’s pale face.

“No, Mama. I think he has just passed out. He said he was shot in the shoulder by highwaymen.”

“Reverend, we need to get him inside so I can see to his wound.” Mama looked the gentleman up and down. “He is much too large to move him upstairs. We must use the tiny bedroom at the back, next to the kitchen.” She looked again at their patient. “I hope the bed is long enough. He is truly a large man.”

Although he remained unconscious, with Papa on one side, and Eve on the other, they managed to drag him into the house and deposit him on the bed in the mostly unused bedroom.

Mama gently rolled the man onto his side and viewed his back. “Eve, fetch me a pan of hot water, some clean cloths, my long knife, and bullet extractor. There is no hole at the back of his jacket, so there is a good chance the bullet is still embedded in him.”

Once Eve brought the supplies to her mama, Papa touched her on the shoulder. “I am sorry, my dear, but Mama and I must undress the gentleman to get to his wound. You will need to wait outside until we are finished.”

“I could hold the candle.” She had attended other patients Mama had dealt with, but she had never been present when a young man had been a victim. It embarrassed her to know how much she would have enjoyed seeing that broad chest uncovered.

She would say a few extra prayers at bedtime this night.

A CHRISTMAS IN MANCHESTER COMING NOVEMBER 28, 2022.

Preorder at your favorite retailer!

For a chance to win a $25 Amazon gift card, comment and let me know what you think of this new holiday release!

80 thoughts on “Read an excerpt from ‘A Christmas in Manchester’”