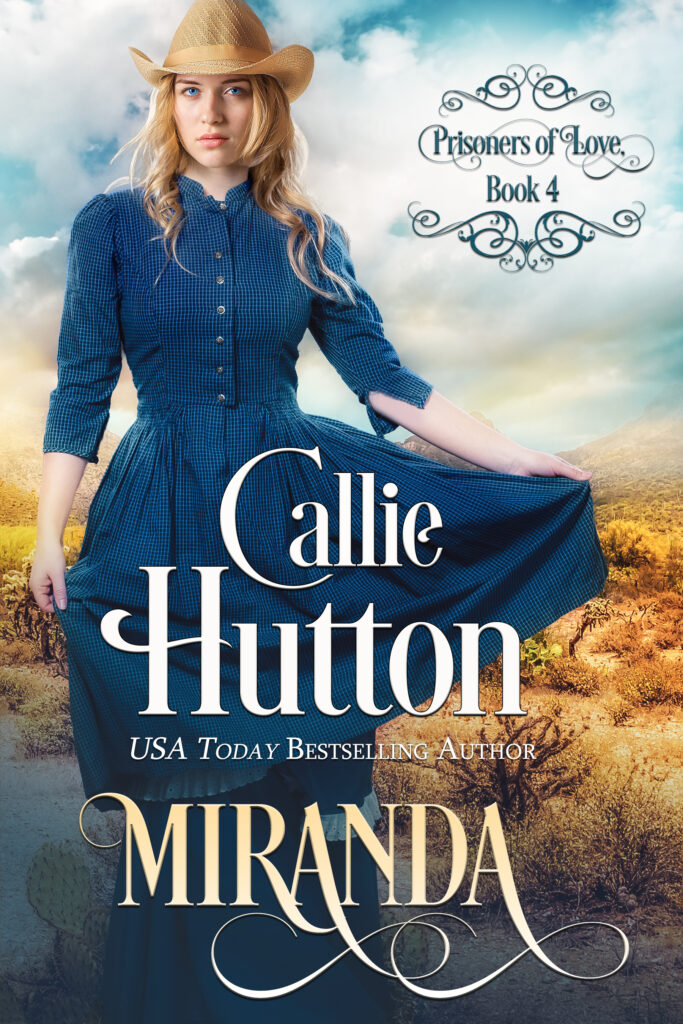 She might agree to be a mail order bride to avoid prison, but she has every intention of running to save her life as soon as she can.

Miss Miranda Beamer, the only child of a preacher, sits in jail in Dodge City with three other female prisoners.They are in for various crimes, but Miranda is by far the most serious. She just killed her step-father. Marshal Dale Jones needs to get rid of the women who are not safe in Dodge City, even in jail. He comes up with a plan to ship them to Santa Fe on a wagon train, with a former brothel owner as their chaperone with the idea of being mail order brides. Miranda, however, has a plan of her own. She knows her step-brother will be coming after her when he learns she killed his father. She will travel to Santa Fe, but instead of marrying, she'll get a job, save some money and disappear.

Preston Stone, up and coming businessman in Santa Fe will not be allowed the permit to build his hotel and restaurant unless he is married to a respectable woman. He is the child of a prostitute and the owner of a gambling house and saloon. Not respectable enough on his own to get the nod from the Town Council. When Miranda comes to his saloon looking for a job, Preston knows she is the one to help him. He offers her a job as his bookkeeper, but with the condition that she marry him first. No amount of persuasion on her part will change Preston's mind. Job and marriage, or nothing at all.

Will her past deeds wipe away the happiness within her grasp, or must she run again?

Callie Hutton captures the essence of the late 1800's old west in this captivating story that will grab you from the first page!

I love this very creative idea of sending women prisoners off to be Mail- order brides. Very entertaining and exciting. Each stories makes you love this series more. I love each story but I believe Miranda is my favorite. I highly recommend you read this story and the others in this series and all title's by Callie.

I love Callie Hutton's style. She writes her stories so we the readers are part of the story. Her depiction of a simpler time reminds me of how great American history is and how we must preserve its memories.