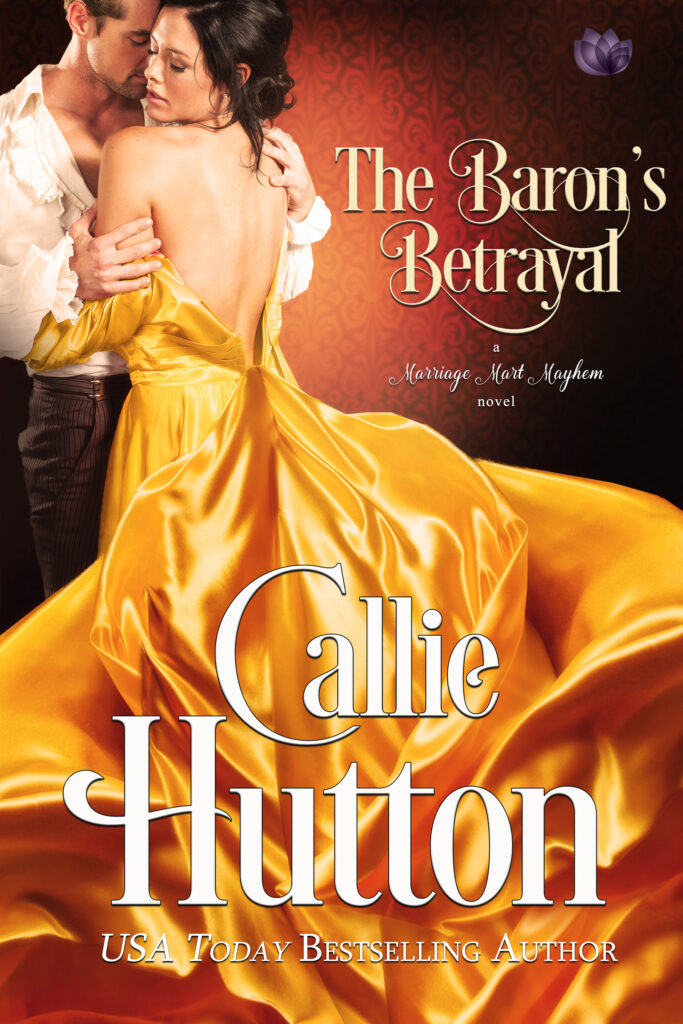 It's been two years since Lady Marion Tunstall lost her husband at sea. Two years of sorrow and grief. Only now has the young, comely widow finally re-entered society. It isn't until she and her family attend the merriment of a country dance that Lady Marion sees her dead husband, alive and well... and faints dead away.

Lord Tristan Tunstall has no choice but to confess - he is alive, yes, but not a whole man who can be a husband and father. When he offers her a divorce, however, Marion stubbornly refuses. Now she has forced herself back into his life, and into his home and (oh, God forgive his weakness) his bed. He cannot stop himself from wanting her. Loving her. But can he live with the secret she is keeping from him?

With a loud gasp, Lady Marion Tunstall slid to the assembly room floor in a heap of cerulean blue muslin. In an attempt to catch her, her sister-in-law, Her Grace, the Duchess of Manchester, fell to her knees alongside her.

“Marion, what is wrong?” She patted Marion’s face and frantically looked around, and sighed with relief as her husband, Drake, Duke of Manchester, hurried toward her, his face pale. “Is she all right?”

Penelope shook her head. “I have no idea. She simply collapsed. I don’t know why.”

Drake’s lips tightened, and he went down on one knee beside his sister. “I certainly do.” He gathered Marion in his arms and mumbled soothing words to her as he shifted her against his chest.

He glanced at his wife and added, “Lord Tunstall just entered the room with another woman on his arm.”

Penelope’s head jerked up and she sucked in a breath, her face growing pale. “Lord Tunstall? You mean Marion’s husband Tristan?”

“I don’t understand. Tristan’s been dead for more than two years.”

The three people on the floor had begun to attract a crowd of onlookers. The press of people separated and a man, with an older woman snug against his side, hesitantly approached them. His face was pasty white, and he held himself erect with a stiffness reminiscent of a marble statue.

“Is she all right?” The man stared straight ahead, his shaky voice registering shock.

“I don’t wish to speak with you right now, sir. Please excuse me while I see to my sister.” Drake nudged the man and woman out of his way. “I will call upon you in the morning. Please send a note around with your direction.”

Penelope gathered their things and hurried to follow her husband toward the door. Her mother-in-law, the dowager duchess, along with Marion’s three sisters, fell into line as they passed by and then headed to the two awaiting carriages.

Penelope waited as Drake climbed into the carriage with Marion’s still form in his arms. The footman assisted the dowager duchess, worry lines creasing her brows as she focused on her unconscious daughter. The girls, clinging to each other, headed to the second carriage. Penelope accepted the footman’s hand and clambered into the vehicle with Drake and the dowager duchess settling across from them.

Marion’s slack body rested in her brother’s arms as tension radiated from the other occupants. Drake tapped on the ceiling of the carriage, and it sprang forth, jerking as it started up.

After two years of a self-imposed prison in her room while she grieved for her dead husband, Marion had recently begun to resume a normal life. She had set up a shrine to her husband in her room and spent her days reading the poetry she and Tristan had shared during their brief marriage.

Little by little, Penelope had encouraged Marion to take walks in the garden, have meals with the family, and eventually to resume activities outside the home.

Marion shifted in Drake’s arms and moaned, her eyelids fluttering open. “What happened?”

Drake threw his mother a quelling glance as the carriage rumbled over the stone driveway and left the well-lit assembly rooms behind.

I am so glad I found this fantastic book! It captured my attention from the first page and kept me enthralled all the way to the end.

This is my first novel by Callie Hutton but it won't be my last. That was a thoroughly enjoyable journey with Lady Marion and Lord Tristan.

A sweet and romantic read, The Baron's Betrayal was a lovely historical romance.