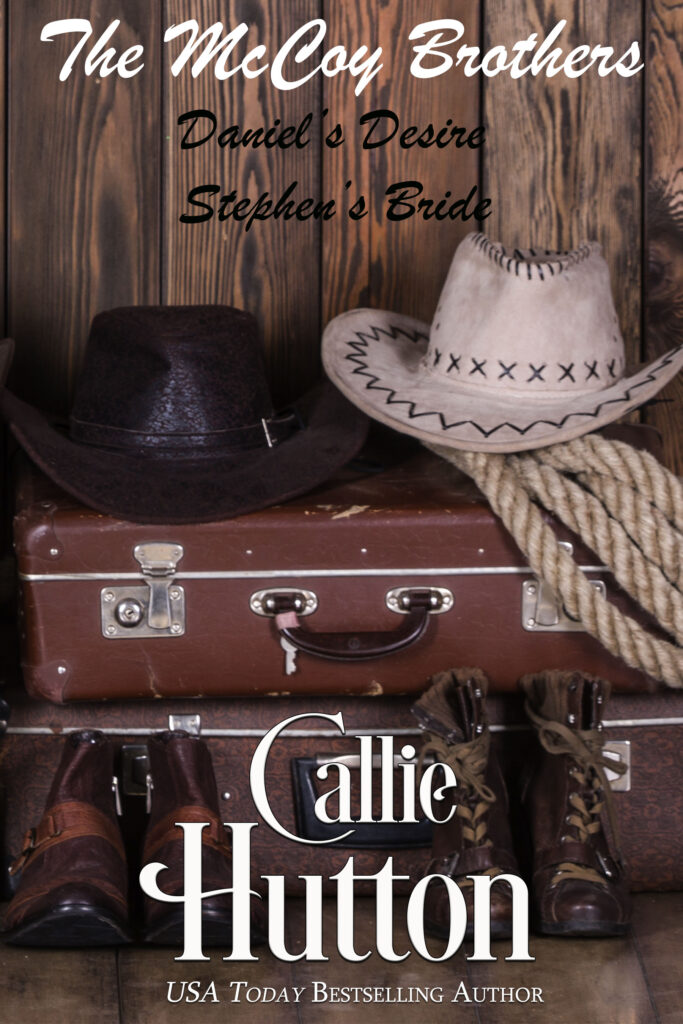 This western historical boxed set includes Daniel’s Desire and Stephen’s Bride. Read both books to see how these rugged brothers find happy ever after. DANIEL'S DESIRE When Confederate soldier, Lt. Daniel McCoy makes his escape from a Union prison toward the end of the Civil War, his only thought is to get as far away from enemy territory as possible. But he doesn’t count on saving young widow Rosemarie Wilson’s life from an infected leg wound. Rosemarie has no use for Rebels soldiers, having lost everything, including her husband, the last time they came to her home. However, Daniel has not only saved her life, but is sticking around to help with the farm and her three children until she recovers. With Union soldiers searching for him, every day Daniel remains puts him in danger. Or is the beautiful widow who has captured his heart the greater risk? STEPHEN'S BRIDE When Stephen McCoy leaves the home he shares with his brother Daniel, Daniel’s wife Rosemarie, and their four children to go into town to load up on supplies, he never expects to return with a bride. Calliope Bender steps off the stagecoach in a wedding gown, carrying a wilted bouquet. She is running from an unwanted marriage, but needs a husband who will meet her requirements. Stephen agrees to one of her conditions, but the ”marriage in name only” doesn’t sit quite well with him. Neither one of them are looking for love, but will it creep up on them when they aren’t looking?